Dear Nintendo, bring the sexy back!

You know what? Playing Super Mario Bros., the vintage NES version, on the Wii, really sucks. Why? The slight lag due to the Bluetooth Wiimote just makes the gameplay not feel identical … and it bugs me. :-( 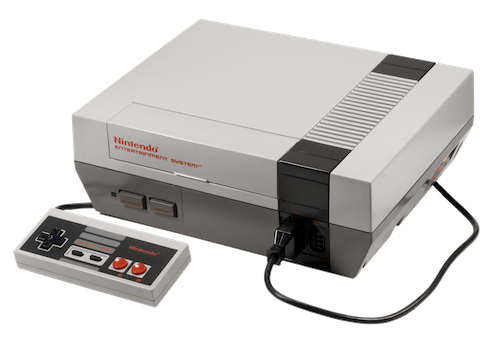 Nintendo needs to release with a “throwback NES” — a game console contained inside the original NES plastic housing, with every NES title ROM ever released, preloaded on a 64 GB flash chip, with the original connectors and two vintage corded square NES controllers. It would power on, you’d select what game you want to play from a menu, and it would load the ROM off the flash memory. Sure, I’d miss the occasional blowing on the contacts of the cartridge, but this would be such an awesome product.

Filed Under: Business, Geeking out, Piss and moan (Rants)

My shiny new battery (thanks, AppleCare)!

Today, I was able to get my optical disk drive and battery … END_OF_DOCUMENT_TOKEN_TO_BE_REPLACED

While I self-describe myself politically as … END_OF_DOCUMENT_TOKEN_TO_BE_REPLACED

Opening up Windows Firewall for File and Printer Sharing

By default, Windows Firewall's setting for File and Printer … END_OF_DOCUMENT_TOKEN_TO_BE_REPLACED

Not the “Baby on Board” sign you were expecting

I'm sure you're sick of seeing those 45-degree rotated … END_OF_DOCUMENT_TOKEN_TO_BE_REPLACED