May God hold you in the palm of his hand 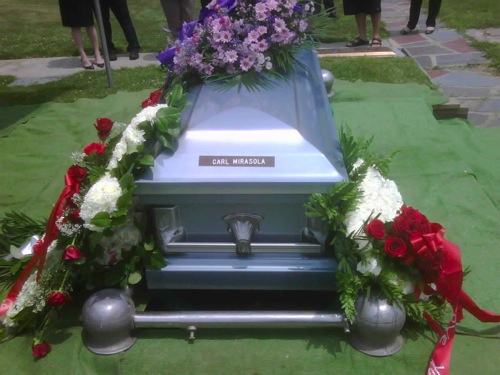 We are all very fortunate and blessed, having known Carl for his too brief stay with us. Let us honor his memory by trying to live “a little more like Carl would.” Life is too short to do anything but love each other with all our heart and mind and body.

I’m still processing the news, and I almost refuse to believe it’s true, but my friend Carl was shot to death, this morning. 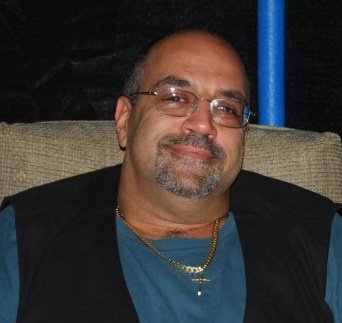 I got up at 8:30 AM and headed out the door to attend Joe Maggi‘s funeral mass this morning. I hadn’t heard the news, yet. As I sat at church, watching Joe’s family grieve, I couldn’t have imagined — I wouldn’t have believed — that Carl’s family was being torn apart and that he had been taken from us like this.

Carl and I worked together at Pearson. We became friends and he even decided to move from North Bergen to Butler after we invited him to a Halloween party, and he got to see the neighborhood. We helped each other out learning to take care of our swimming pools. We shared a joy of and love for grilling. He introduced us to his karate school, where my wife and daughters now train. We invited him to join us at church, where his kids discovered their interest in Sunday school.

Just this morning, after I returned home from the funeral, before we learned what happened, Samantha called and left him a message inviting his family over for a barbecue. We had no idea what had happened. We were trying to start this day like any other Saturday, with beautiful weather and the whole day ahead of us; a day that Carl did not live to see. A day that ended a beautiful life in such an abrupt and tragic way.

People will say that Carl will always live on, in our hearts, in our memories, but damnit, God, I want him here, with us. I want to hear his laugh. I want to see him smile. To shake his hand, to be hugged by the larger-than-life person who loved everyone.

I’m just not ready to believe Carl is really gone. I feel like I should have talked to him last night, maybe things today would have turned out differently. Maybe I could have said something, done something, anything, that would have changed things. Now, it’s even too late to just say goodbye.

I wonder if Saddam is saying, “Oh, Satan …” right about now

So, apparently Saddam Hussein is dead. I wonder if this is what he’s doing now:

For Winnie the Pooh fans, this past weekend’s events brings us some sad news: Paul Winchell, the voice of Tigger, dies at 82 and John Fiedler, the voice of Piglet, dies at 80.

Sadly, Sterling Holloway (Pooh) has already passed away in November 1992.

These wonderful people behind the voices will live on in our memories and continue to delight and entertain children and adults alike for generations to come.

For more information about Paul Winchell, you can read this excellent biography about him.

I don’t know how long I should wait before posting this regarding the catastrophic earthquake and tsunami of December 2004 (in order to not unnecessarily rattle too many soft squishy liberal people’s cages), but here is a snippet of lyrics from a song called Origin of Love from the movie Hedwig and the Angry Inch (IMDb):

and osiris, and the gods of the nile
gathered up a big storm
to blow a hurricane
to scatter us away
a flood of wind and rain, a sea of tidal waves
to wash us all away
and if we don’t behave they’ll cut us down again
and we’ll be hopping ’round on one foot
looking through one eye

Perhaps the quote is taken out of context of its original intent, but, after hearing about the billions (yes, billions) of dollars pledged in relief aid, it starts to make this misanthropic pessimist wonder if the apparent outpour of generosity is just the rich finding a new venue for a tax write-off and good PR, or if this really is an instance of the origin of love.

It seems death is hot in the air. The anniversary of September 11 just passed, and now I wake up this morning to both Johnny Cash (at 71) and John Ritter (at 54) dead.

While John Ritter may be most remembered by the news for his classic role as Jack Tripper in Three’s Company, lets not forget the many lives he’s touched as the voice of the lovable character, Clifford, the big red dog.

Today, September 12, 2003 … shall forever be remembered as the day two great Johns got flushed. Amen.

Perhaps it’s finally happened. After the foreshadowing of his own death back in September, 2002, Warren Zevon manages to eke out his very last album and pass away nearly a year later (MTV, Billboard) on September 7, 2003, at the age of 56.

So, Jason Calacanis officially announced the coming of his … END_OF_DOCUMENT_TOKEN_TO_BE_REPLACED

The Price is Right can lead to success

As a freelancer, one of your business tasks is to determine … END_OF_DOCUMENT_TOKEN_TO_BE_REPLACED

My father’s key to success: Don’t be too smart

one down, thirty-one to go

On Monday, November 10th, I took my first trip to the … END_OF_DOCUMENT_TOKEN_TO_BE_REPLACED