Bring out the gimp! You won’t see THIS on Court TV …

Earlier this month, I blogged about a Massachusetts witch hunt involving Barbara Asher (aka “Mistress Lauren M”). Yesterday, it turns out she was acquitted. Maybe there’s still hope for our justice system, after all. 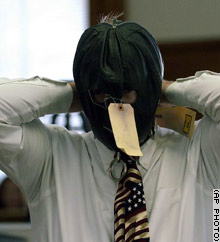 One thing is for certain, though: Robert Nelson, the prosecutor, is a stupid gimp. See?

During his closing argument to the jury, prosecutor Robert Nelson put on a black leather mask with a zippered mouth opening and re-enacted the bondage session.

With both hands, he reached back and clutched the top of a blackboard as if strapped to the rack. Then he hung his head as if dead.

Even though I've lost a net of 5 pounds since last year, I'm … END_OF_DOCUMENT_TOKEN_TO_BE_REPLACED

So, after years of hacking custom changes into Movable Type … END_OF_DOCUMENT_TOKEN_TO_BE_REPLACED

My friend Steve and I talk about all sorts of stuff, but a … END_OF_DOCUMENT_TOKEN_TO_BE_REPLACED

Want Turkish food in Jersey? Check out Toros in Clifton

Always on the lookout to try new cuisines, we received an … END_OF_DOCUMENT_TOKEN_TO_BE_REPLACED