On the cusp between 2011 and 2012, I decided to take advantage of the much-maligned Facebook Timeline feature and briefly summarize some highlights from the past year. 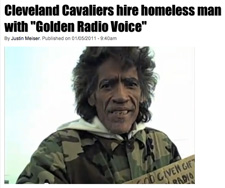 January brought us the great story of Ted Williams, a homeless man with that deep radio-personality voice. It’s the kind of feel-good story that was a perfect way to start out the year. Or, at least try to …

Sadly, we learn of Bill Zeller‘s suicide, before which he posts an elaborate suicide note. I could write volumes on how I feel about this, but I’ll just leave well enough alone.

My friend Ian visited us in January, and his Prius wouldn’t start when he went to leave. I can now say that I’ve jump-started a Prius. With all those batteries, you’d think Toyota would have designed it to never need a jump start, right? Wrong.

I discovered that the Mobile Safari browser limits each open tab to 5 MB of memory.

In a fit of despair, I channeled my stress into a redesign of my blog.

Egypt packed up its toys and went home, disconnecting the whole country from the Internet.

The North American blizzard dropped so much snow on us, it was the snowpocalypse.

We tried to introduce the girls to Dungeons & Dragons. They both really seemed to like it.

Suzie turned 8, and Charlie turned 11. Both of them celebrate their birthday in February. This makes for a very hectic month, to say the least.

I was introduced to Van Canto’s version of Master of Puppets. A cappella heavy metal. Two great tastes that taste great together …

A brilliant bank robbery was committed, where the robber’s escape plan involved blending into a crowd of construction workers, crowdsourced from Craigslist, and the getaway vehicle was an inner-tube.

Through some friends-of-friends, I started doing some consulting work for BloomAvenue.com (which is now no longer). Later in the year, this would transform into me working from FromYouFlowers.com.

Good ol’ Charlie Sheen grabs a few minutes of fame with his “goddesses.” 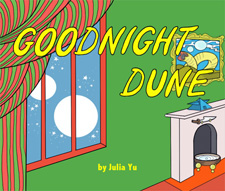 The world reeled as Japan got pwnt by a tremendous earthquake and tsunami. The catastrophic event trashed the Fukushima nuclear power plants, and held the world’s attention with radiation scares.

Mazda recalls a bunch of Mazda6’s because of some spiders nesting in its parts.

Blair River, the spokesman for the Heart Attack Grill, ironically dies from pneumonia, at the young age of 29.

Taylor Mali’s incredibly powerful poetry about the importance of teachers makes the rounds on the Internet, again:

The Passaic, Morris and Essex Counties were ravaged by intense flooding. Governor Chris Christie declared a state of emergency. Unfortunately, this won’t be the last time the area floods, this year.

Charlie and Suzie become “mages” at MagiQuest, starting with the one at the Funplex in East Hanover, NJ.

Lady Gaga reminds us that she was Born This Way. Matter of fact, we all are. Good to remind ourselves of this, once in a while.

My friend Maya returns to the United States, and I get to see her again after years since the last visit. It’s nice to catch up with old friends, even if it’s bittersweet.

Google finally launches their latest entry into the social web space with “Google +1.”

RSA, the company that’s well-known for creating one-time-password security fobs, gets hacked. This story will not end well …

Eric Whitacre leverages technology to create his “Virtual Choir 2.0.” This is the future I want to live in.

I published a HOWTO on tethering an Android phone via USB to MacOS X.

Epsilon has a data breach where millions of email addresses were acquired.

I did some DIY repair on my Mitsubishi Lancer, replacing the O2 sensor, so that the car would pass NJ state inspection.

We saw the US government nearly shut down because our politicians can’t agree on how to best overspend the American taxpayer dollar. 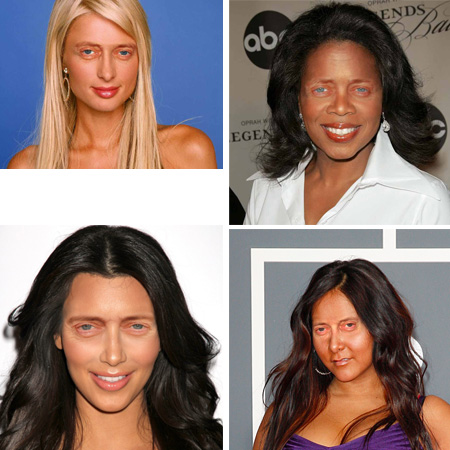 The eyes might be the windows to the soul, but Photoshopping Steve Buscemi’s eyes onto other people is a window into insanity. Thanks, Internet … everyone needs a new nightmare, every now and then.

My college alma mater, Rutgers, demonstrates that the “RU Screw” is still alive and well, by paying Snooki some $32k to perform.

In the “seriously, this happened?” department, the Med Peds Clinic of Fort Collins, Colorado, employed someone who thought it’d be a good idea to split a flu vaccine dose, by using half of the syringe and swapping out the needle. No, you can’t make this stuff up.

Just when I thought I lived in a sleepy little suburban town, tragedy strikes when someone brutally beats Frank the barber who dies from his injuries, right on Main Street in Bloomingdale. 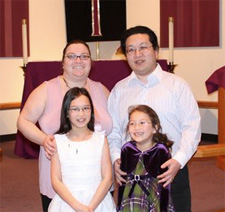 The four of us spent a week down in Atlantic City, at the Wyndham Skyline Tower.

Charlie has made her first communion at church this year, on Palm Sunday.

SETI stops operating the Allen Telescope Array. Millions of geeks cry out as they try to figure out what to do with their unused CPU cycles.

Adam Mansbach’s faux children’s book “Go the F— to Sleep” gets some press.

Sony’s PlayStation Network (PSN) gets hacked, officially. This won’t be the last time …

Just in case you forgot what the American “War on Terror” was all about, Osama bin Laden is finally dead. Little did Sohaib Athar realize at the time, but he live-tweeted the raid.

Nicktoons threatens to destroy more of my fond childhood memories, looting the corpse of the Voltron legacy.

The Library of Congress makes a wealth of old recordings available online.

Microsoft begins the process of acquiring Skype for $8.5 billion in cash. No shortage of “Sky.NET” jokes at this point.

Google launches its Music Beta service. Is it really the right time for a cloud-based music service?

We get to watch the FCC Commissioner Meredith Attwell Baker approve Comcast’s purchase of NBC, then go work for Comcast. No, I’m not kidding …

His Holiness the Dalai Lama comes to Newark, New Jersey, and tries to tell Americans that we need to teach our kids ethics.

Watermelon farmers in China get screwed when they overdosed their crops with growth chemicals, resulting in exploding watermelons. 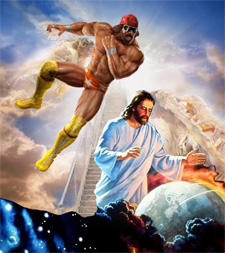 Harold Camping predicts the end of the world on May 21st, 2011. Sadly, the Macho Man Randy Savage dies on the 20th, just in time to stop Jesus from coming back to rapture us all. OHHHH, YEAHHHH!

Apparently some “faulty software” released 450 of the most dangerous inmates from California prisons. And people try and make fun of me for living in New Jersey … ??!

One of America’s largest defense contractors, Lockheed Martin, gets hacked. Allegedly, the breach may have involved the recently compromised RSA security technology.

The Ridgewood Cavaliers of Harmony, the barbershop society chapter I belong to, had a sing-out at Van Neste Square in Ridgewood, New Jersey, for Memorial Day.

Samuel L. Jackson, the quintessential Bad Mother F@#!ker, does the audiobook reading of “Go the F— to Sleep.” Naturally.

The girls have their Performing Arts Academy dance recital at the Shea Center on the William Paterson University campus.

Congressman Anthony Weiner resigns after a little sexting scandal, where he accidentally tweeted a link to a picture of his junk in his underwear. D’oh.

Neil Patrick Harris performs the opening number for the 2011 Tony Awards, pointing out that “Broadway’s not just for gays anymore.”

Michael Vick comes to Butler, New Jersey, to sign autographs, and winds up being greeted by protesters.

Britney Spears reminds us that she’s still a hottie, even after poppin’ out a baby, with her video for “I Wanna Go.” Hell, even if you don’t care for Britney, Guillermo Diaz who plays Scarface in Half Baked, appears in the video.

The state of Georgia enacts some anti-illegal-immigrant law, which totally screws the farmers in Georgia who can’t find enough affordable labor to harvest crops. If it wasn’t clear that illegal immigrants aren’t the problem before, it sure ought to be now.

Danous Estenor performs a heroic act of total badassery by lifting up a car, freeing a man who was trapped underneath.

Gary Foster made his alma mater Rutgers proud by embezzling some $19.2 million dollars. In America, you can only get away with it if you’re white …

Okay, it’s almost midnight … and I’m only up to July, so I’m going to post this now. Maybe I’ll get to do the second half of 2011, tomorrow.

tooting your own horn

I recently changed jobs back in June 2003, and my new gig … END_OF_DOCUMENT_TOKEN_TO_BE_REPLACED

How cold is a witch’s tit?

Dear Canadians, Please take your awful weather back. I … END_OF_DOCUMENT_TOKEN_TO_BE_REPLACED

Please give me back my global warming!

A week or so ago, it got down to 20F here in Butler, NJ, and … END_OF_DOCUMENT_TOKEN_TO_BE_REPLACED